When I visited northeast Nevada in October, the days were mild, the nights cold, and the light low and warm. There were few flowers, but still much to see, for death and drying reveal forms overlooked earlier in the season. These backlit examples were growing along a dirt road in the Snake Range.

Prickly poppies are common roadside plants, with large showy white flowers. After the petals fall, and the plant turns brown and dry, the interesting structure of the capsules becomes apparent. A prickly poppy capsule opens by splitting from the apex down about ⅓ of its length, producing segments called valves. The valves spread to reveal a framework of dried vascular tissue, joined at the top by the persistent style and stigma (female flower parts). 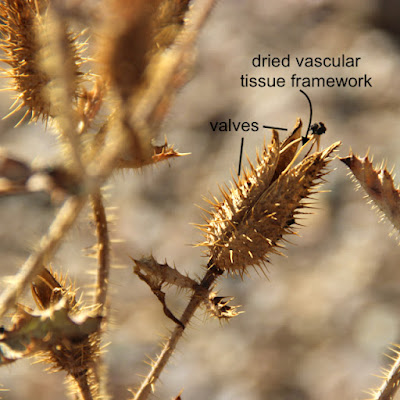 Inflorescences of wild buckwheats (Eriogonum spp.) range from tightly globose to spike-like to diffuse, like the one above. All species have tiny flowers, which are nicely displayed in plants with diffuse inflorescences. I don't know this plant to species, but the hanging flowers suggest the common E. deflexum or something close to it.

Within the buckwheat inflorescence, flowers are clustered in cup-shaped structures called involucres. In the next photos, dried white-and-pink flowers emerge from the pendant involucres. Each flower contains an achene—a single seed wrapped in dried tissue of the ovary. 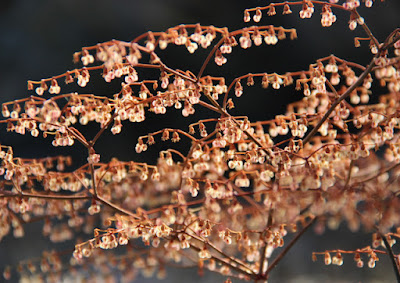 Finally, a classic view of my field assistant, who is as fascinated by plants as I am :) 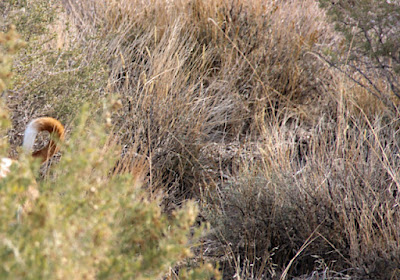