South Dakota’s contribution to the Death of Flat Earth 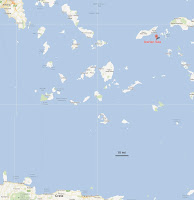 For Accretionary Wedge #49, Out of this World, Dana Hunter of En Tequila es Verdad asks us to “head for other worlds” and write of geology from there.  But it is only recently that we have been able to do this.  Of course, several thousand years ago Icarus flew from Earth on wings of wax and feathers that his father constructed for him.  He actually got close enough to the Sun that his wings melted so he must have had some amazing views. But he plummeted to Earth and drowned in the Icarian Sea (right, click to view), and so we have no record of what he saw.


I suppose the story of Icarus teaches a lesson about the dangers of over-ambition, hubris, arrogance.  Fortunately, the drive and curiosity of the human race are irrepressible, and many years later, as soon as technology allowed, mankind was back in the air trying to go higher and higher, to see what could be seen.

In 1934, Capt. A. W. Stevens, Capt. O. A. Anderson and Maj. W. E. Kepner  of the US Army Air Corps almost met the same fate as Icarus when they ventured too far from Earth.  Instead of wings, they traveled suspended under the Explorer, a high-altitude balloon.  The launch site was a small deep valley in the Black Hills of South Dakota, christened “the Stratobowl” (aka Stratosphere Bowl) -- over 400 ft (120 m) deep, walled on three sides by steep slopes capped with limestone rimrock, and with a half-acre (200 sq m) meadow in the bottom.  This would be an excellent wind-free place for the balloon and its passengers to leave Earth. 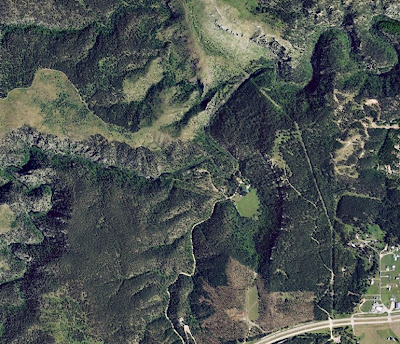 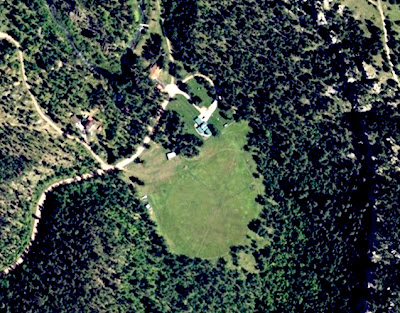 The balloon was launched successfully on July 28, 1934, and things went fine for awhile.  Then after seven hours of flight, the crew noticed erratic behavior, holes in the bottom of the bag, and gas escaping.  They went into a free-fall, the balloon was torn to pieces in the process, and finally the hydrogen gas exploded.  Amazingly, the three men bailed out and landed safely, uninjured.

The next launch, of a safer helium-filled balloon, was made on November 11 of the same year, and was watched by 20,000 spectators at the site.  A new world record for manned flight was set when Explorer II reached 72,395 ft (22,066 m).  Anderson, Kepner, and Stevens became the first humans to view the curvature of the earth, and then returned safely home, landing in a field 225 miles east of the launch site.  Stevens documented the Earth’s shape with a color photograph, the first taken from the stratosphere.

National Geographic co-sponsored the flights.  Read about the First High-Altitude Photo and the flight of the Explorer II at their website.

The Stratobowl has been featured at Earth Science Picture of the Day.

If you’d like to visit, Outdoors in the Black Hills posted about the Stratobowl Rim Trail.