Vedauwoo in Black and White 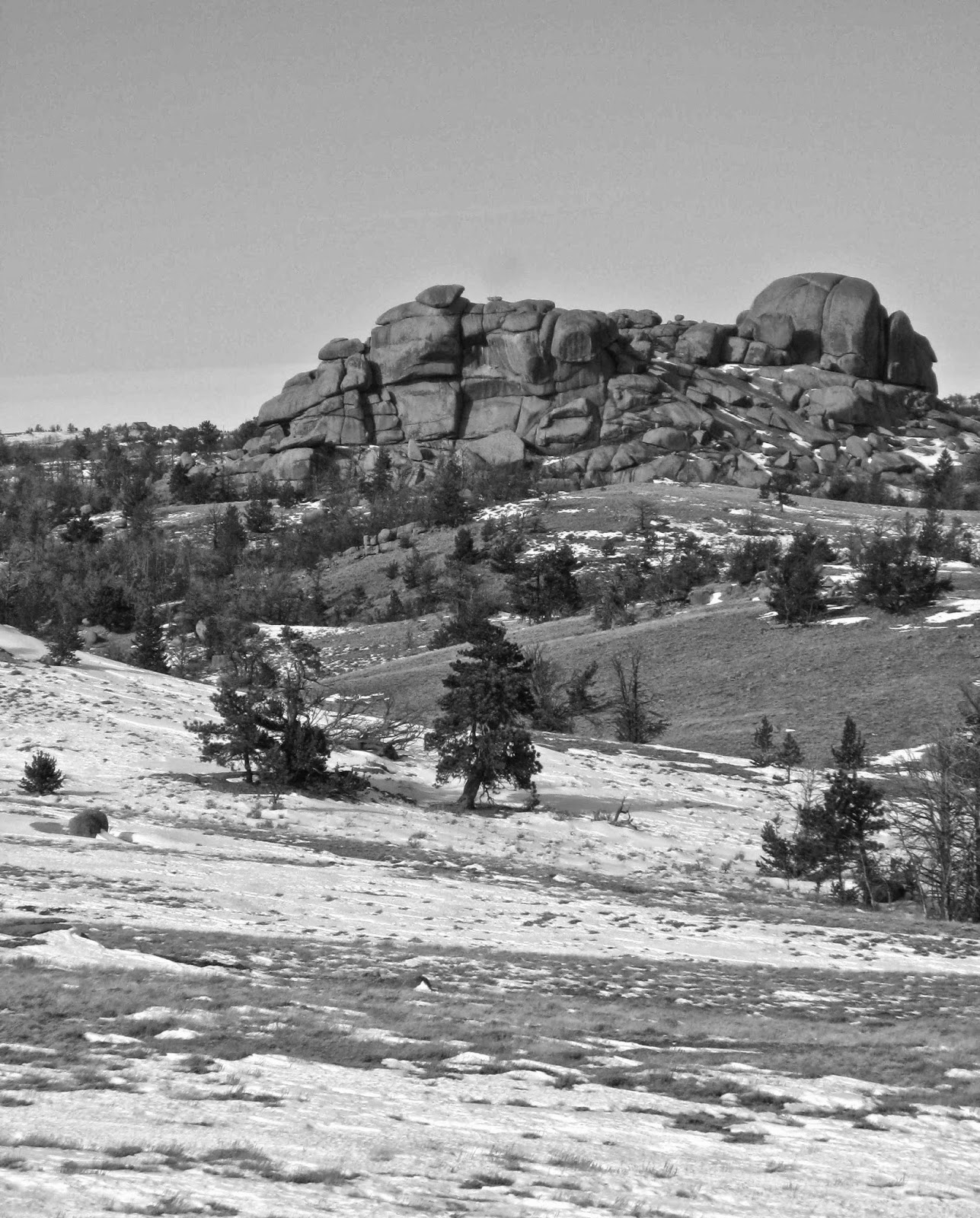 Much about Vedauwoo is mysterious, including its name.  Vee-dah-vú is said to be an Indian word meaning earthborne spirit, but no one knows which tribe called it that, if any.
Vedauwoo is inhabited by tors -- odd rock sculptures that defy understanding.  In the early days of my blogging, I naively chose Vedauwoo tors as a topic.  It took me quite a long time to put something together, and in fact I ended up with three posts: Creatures of Stone, Creatures of Stone II -- genesis, and Creatures of Stone III -- the rest of the story? 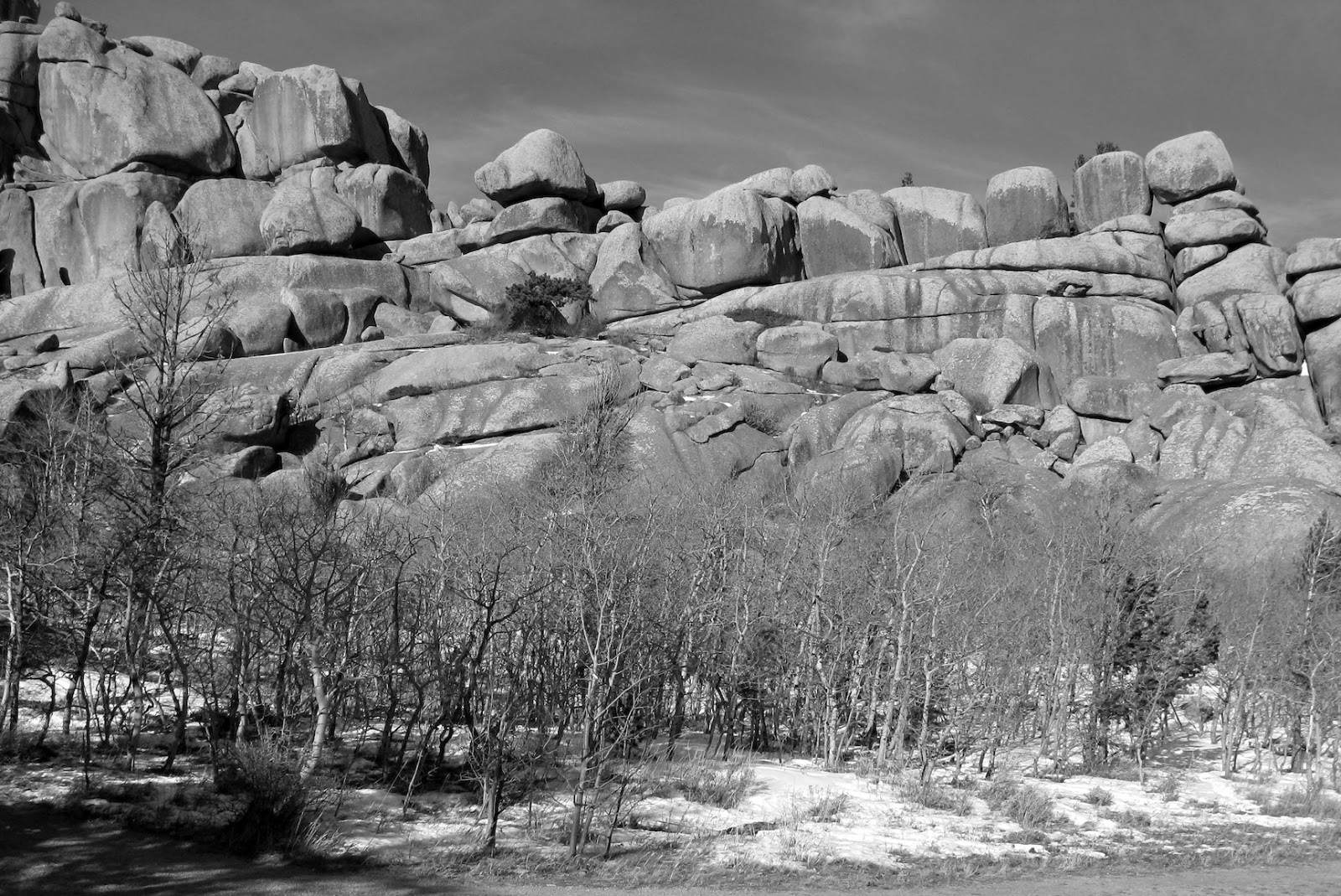 Here’s a quick summary of the best explanation currently:  1) granite fractured while cooling underground; 2) ground water moved through the fractures weathering the rock and widening the cracks; 3) the granite was exposed during and after uplift of the Laramie Mountains, when overlying sedimentary cover was removed;  4) weathering continues, with blocks periodically falling.
The tors are made of Proterozoic Sherman granite.  It was emplaced 1.4 billion years ago, but it’s not clear how nor why.  It’s close to and appears to be associated with the Cheyenne Belt, a continental suture created when the Yavapi province, a collection of island arcs, collided with the Archean Wyoming Craton (below).  The suture may have provided a zone of weakness for mantle-derived material (the granite) to be emplaced near the surface (Frost et al. 1999). 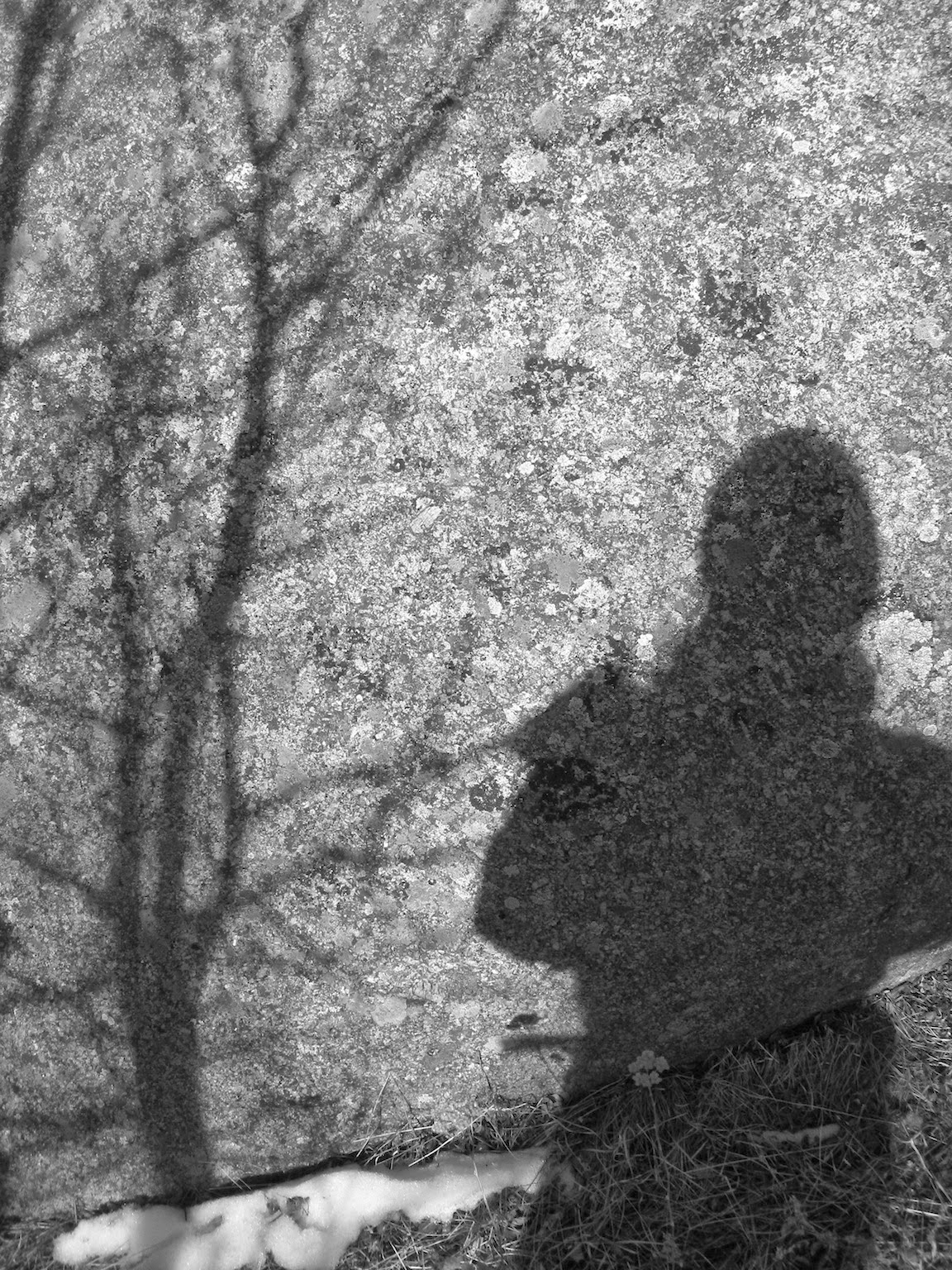 Then there’s the mystery and intrigue of black-and-white photography -- I love it!  But I’m still experimenting and learning what works.  For black-and-white I like relatively simple compositions, such as patterns and collections of bold shapes, especially with strong contrast in light.  Odd arrangements and perspectives also attract me.  The tors of Vedauwoo are great in all these ways, but it takes thought, effort and especially trial-and-error to shoot them to good effect.
There’s general agreement that one should think in black-and-white, shoot in color, and then convert to black-and-white in post-processing.  That’s what I’ve done so far.  My post-processing is simple, all in iPhoto.  I reduce saturation (color) to zero, and often adjust light and shade with the histogram.  Sometimes I increase definition.  This works pretty well, but one of these days I’m going to try a high-contrast setting on my camera when I shoot in color for black-and-white.


For more on black-and-white photography, see Centennial in Black and White.