On the crests of many granite-cored mountain ranges are colonies of stone creatures:  tors, hoodoos, klippen, needles, mushrooms, monuments, barns and elephants.   ???   Yes, elephants ... pink ones. 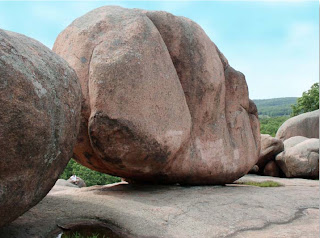 These pink elephants, endemic to the Ozarks (Missouri, USA), are "more than a billion years old and not extinct" and they weight about 160 pounds per cubic foot ... wow! 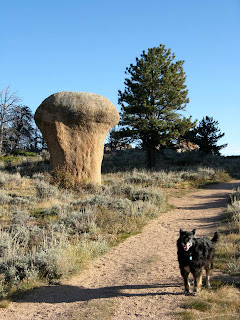 And then there are mushroom rocks, like the one Sparky found at Vedauwoo (Wyoming, USA).
The Externsteine in Germany has become a modern spiritual destination, as it possibly was for the Saxon pagans before Charlemagne brought their spirituality to an end.  More on the mystical nature of the Externsteine can be found here.  Check out the bridge between two of the tors! 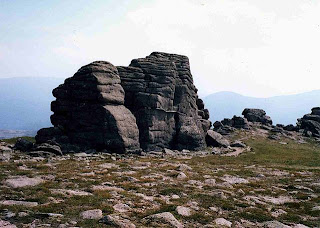 Here are some the granite Barns of Bynack, in the Cairngorm Mountains in the Scotland Highlands, courtesy Mick Knapton.  The Cairngorms are well-known for the many tors there, and are a favorite place for tor study.

To provide tourists a way to the top, steps were cut into the rock in the 19th century.  One very irritated Dr. Coker grumbled that the rock steps allowed “the enervated and pinguidtudinous scions of humanity of this wonderful nineteenth century to gain its summit”.  (Good thing he missed the 21st.) 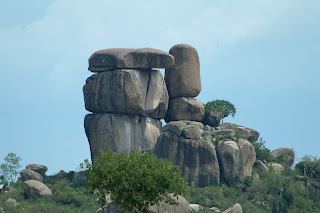 An especially beautiful tor is Kit-Mikayi in western Kenya, the “stone of the first wife”.  An old man found this tor so enchanting that he came to love it more than he did his wife ... and she became the “second wife” as a result.  Courtesy Valerius Tygart. 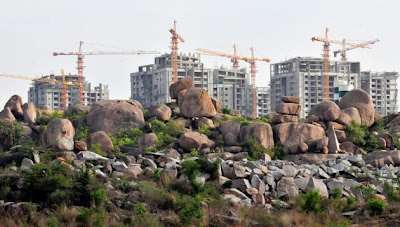 Typically tors are sculpted and destroyed slowly and gradually by erosion, though in some cases glaciers have plowed off detached (balanced) rocks and boulders.  But the Hand of Man can make quick work of tors ... see this post by Rapid Uplift and his link to a slide show in The Hindi. 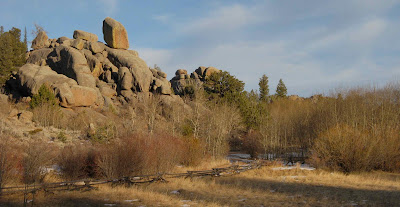 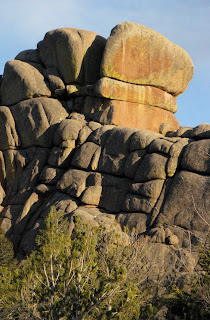 There are several colonies of tors at the summit of the Laramie Mountains, just a short drive from where I live.  Last week I made a visit to Blair to commune with tors, lovely in the late afternoon winter light. 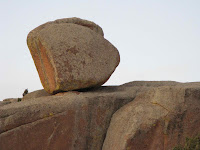 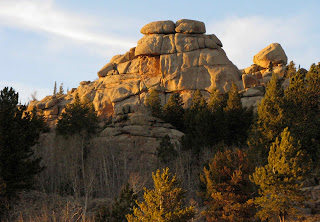 But the days are so short now and soon the sun set, the temperature dropped and we left the land of tors, maybe not to return until spring.