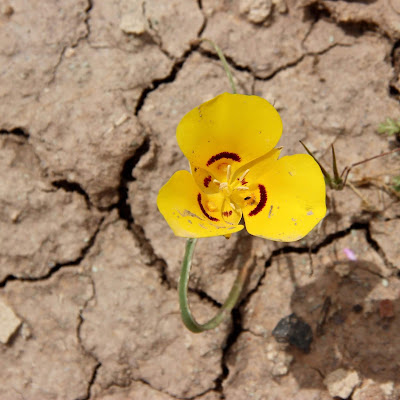 During the winter and spring of 1872, John Wesley Powell’s second expedition down the Colorado River took a six-month break, making camp near Kanab, Utah. In early December they were joined by Ellen Powell Thompson, and her “most intelligent dog” Fuzz. Nellie was Powell’s sister and the wife of expedition topographer Almon Harris Thompson. She also was a botanist.
Their “break” was hardly a vacation. They surveyed, mapped and described the area around Kanab, and made a five-week exploratory and mapping trip, by horseback, as far west as St. George. Nellie collected plants when conditions allowed—when they weren’t wallowing through snow searching for a trail, or lying in camp sick from bad water. (See Smith 1994, and Botanist Ellen Powell Thompson for more about her adventures.)

Thompson collected, pressed and dried some 380 specimens—not a large number but respectable given the conditions. Most amazingly, at least 15 turned out to be the “novelties” so coveted by botanical explorers—species new to science (Welsh 1982).

This past May, I too explored the country and flora around Kanab, in the Grand Staircase-Escalante National Monument. The trip was a Plan B … after Plan A, a tour of central Nevada, was cut short by an extended forecast of rain and snow. The Grand Staircase area also was unseasonably cool and wet, but there was a benefit—terrific wildflowers! 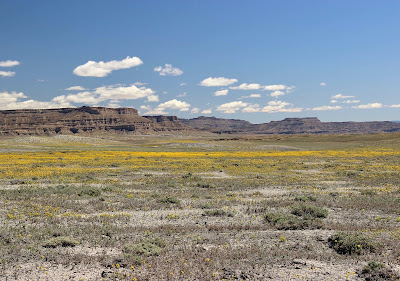 Above and below—super bloom on the Tropic shale (see previous post). 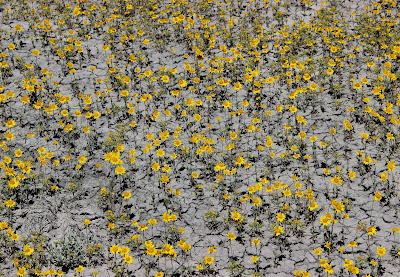 I hadn’t prepared much for Plan B. I hoped to see some of Thompson’s discoveries, but didn’t bring location data (available for more recent collections). Fortunately, I did have Spring Wildflowers of Utah’s Red Rock Desert (Lesica and Fertig 2017), an excellent guidebook for the Grand Staircase area. And I had a list of the “novelties” that Thompson collected, available in the Ellen Powell Thompson Wikipedia article. As a result, I found two of her novelties—not a lot, but still exciting!

While I was exploring the area, I often thought of Ellen Powell Thompson. Did she pass this way? She made only brief notes, so we don’t know exactly where she collected. Yet there were times when her spirit was clearly present. It was most obvious when I found Thompson’s Peteria, or the Spine-noded Milkvetch (Peteria thompsoniae). 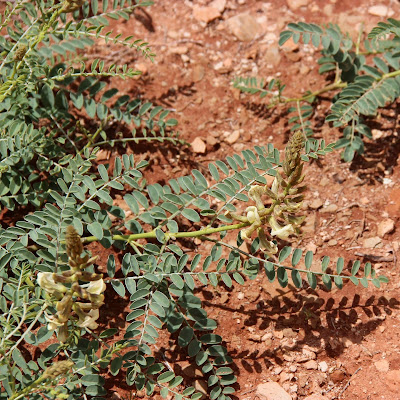 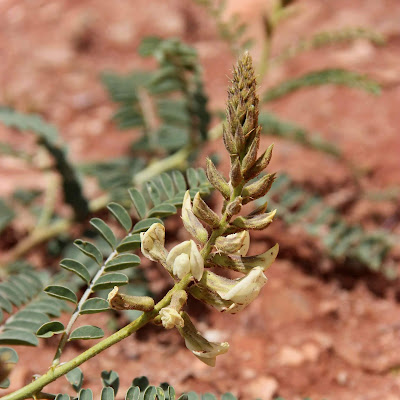 This is the plant I had most hoped to see. It’s named for Thompson, and is easy to recognize. The pair of spines at the base of each leaf (technically spiny stipules) are distinctive, and apparently enough to warrant a separate genus, Peteria (most milkvetches are in Astragalus).
Nearby was another Thompson novelty—the Golden Mariposa Lily, Calochortus aureus. It’s also easy to recognize. There are no other bright yellow mariposa lilies in the area. 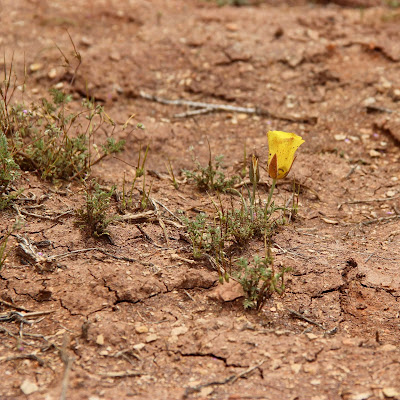 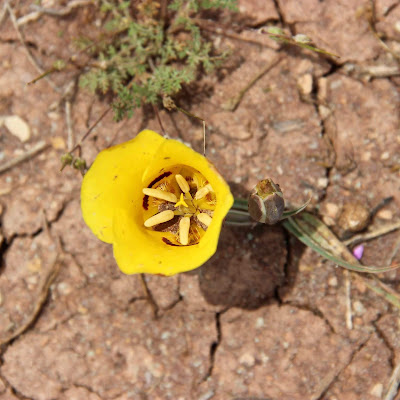 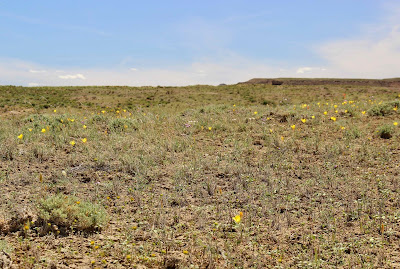 Next is a selection of the many neighboring blooms. First, Dorr's sage, Salvia dorrii. 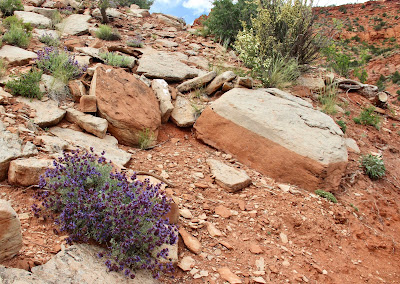 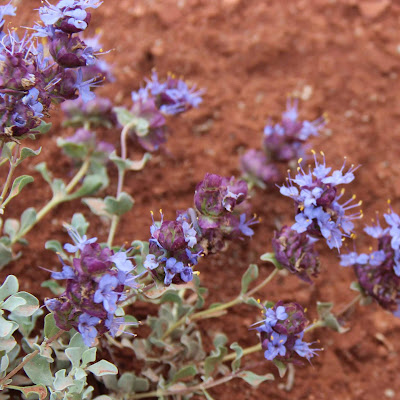 The flowers of Utah beardtongue, Penstemon utahensis, were a gorgeous red! Red is not something I'm used to in penstemons. 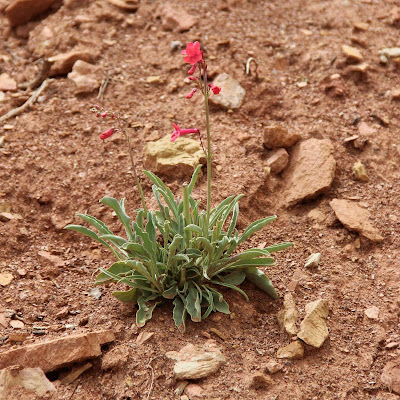 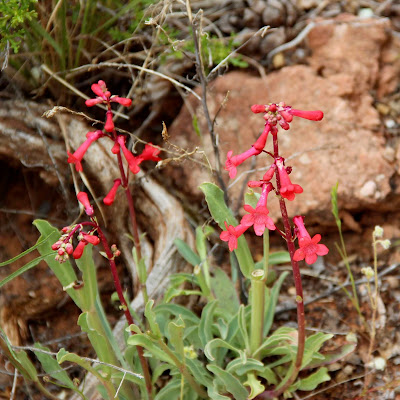 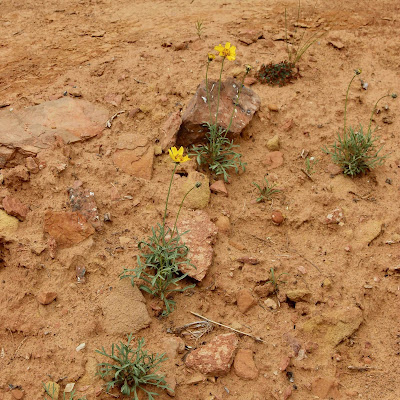 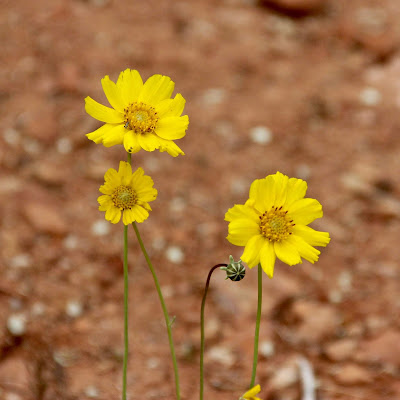 This next plant had me puzzled at first. It's a 4 o'clock, specifically the Winged 4-o'clock, Mirabilis alipes. 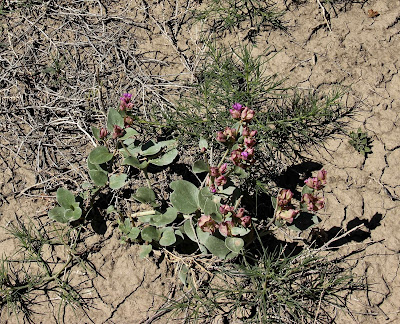 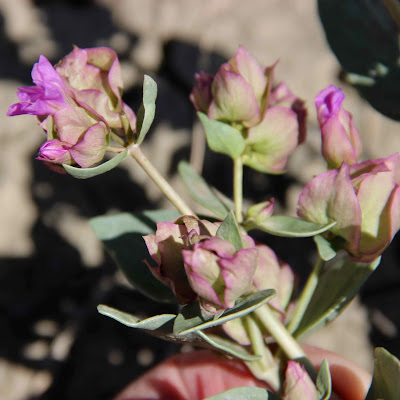 It was hard to overlook the Thick-stemmed Wild Cabbage, Caulanthus crassicarpus. It's an odd thing, tall and gangly. I didn't get a decent photo of the whole plant (the one below is from USDA Plants). 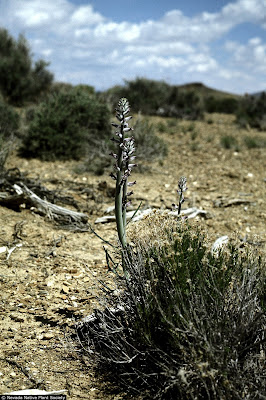 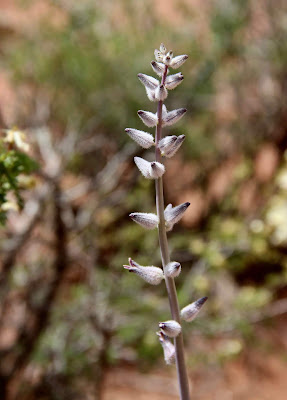 And last but hardly least, prickly pears, Opuntia polyacantha. The rose-colored form was common, and beautiful in the sunshine. 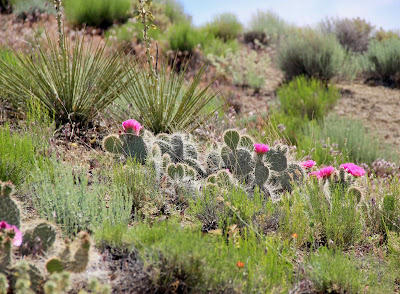 Email ThisBlogThis!Share to TwitterShare to FacebookShare to Pinterest
Labels: history of the American West, Utah botany