Geo-challenge: What’s behind this curious beauty? 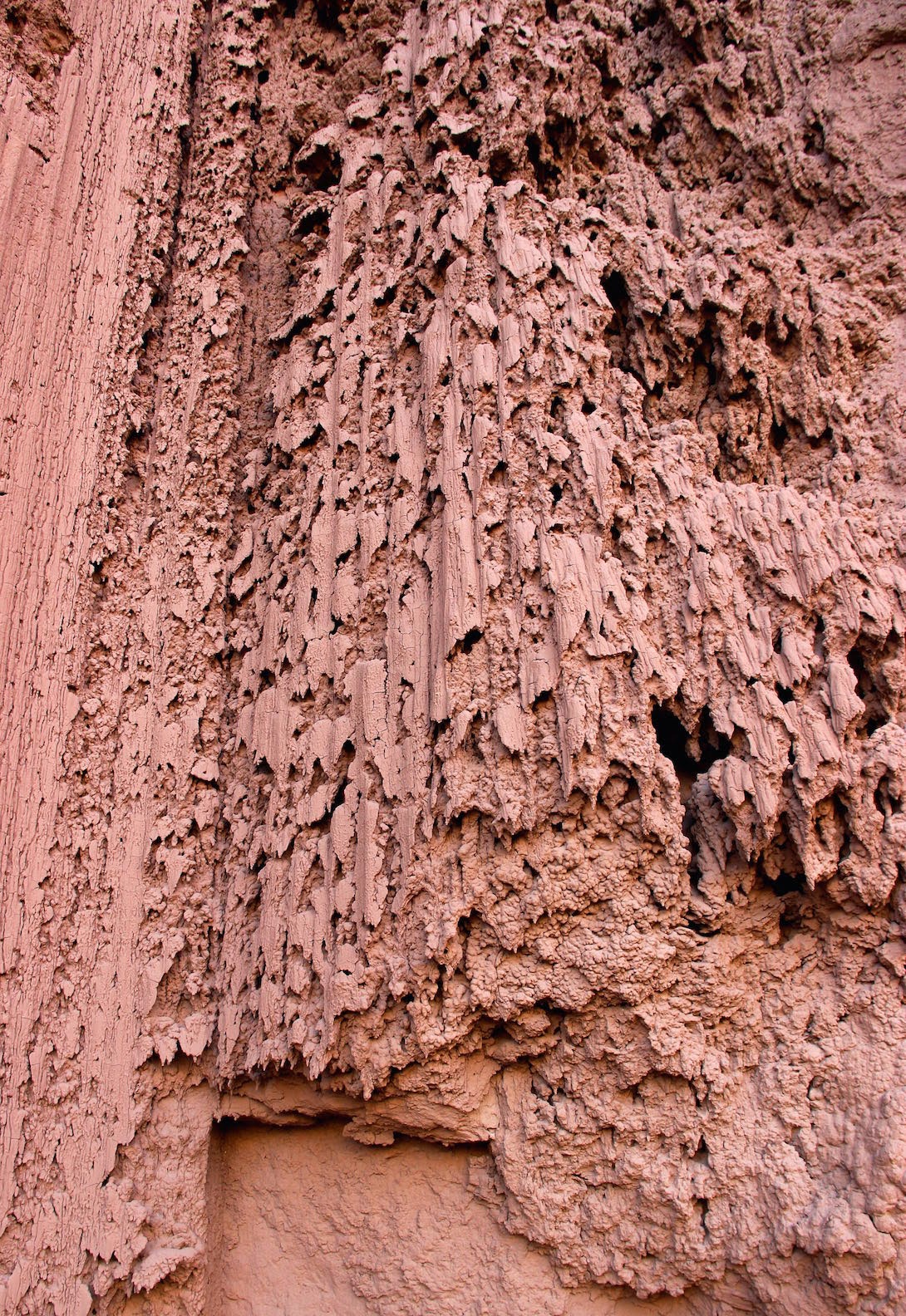 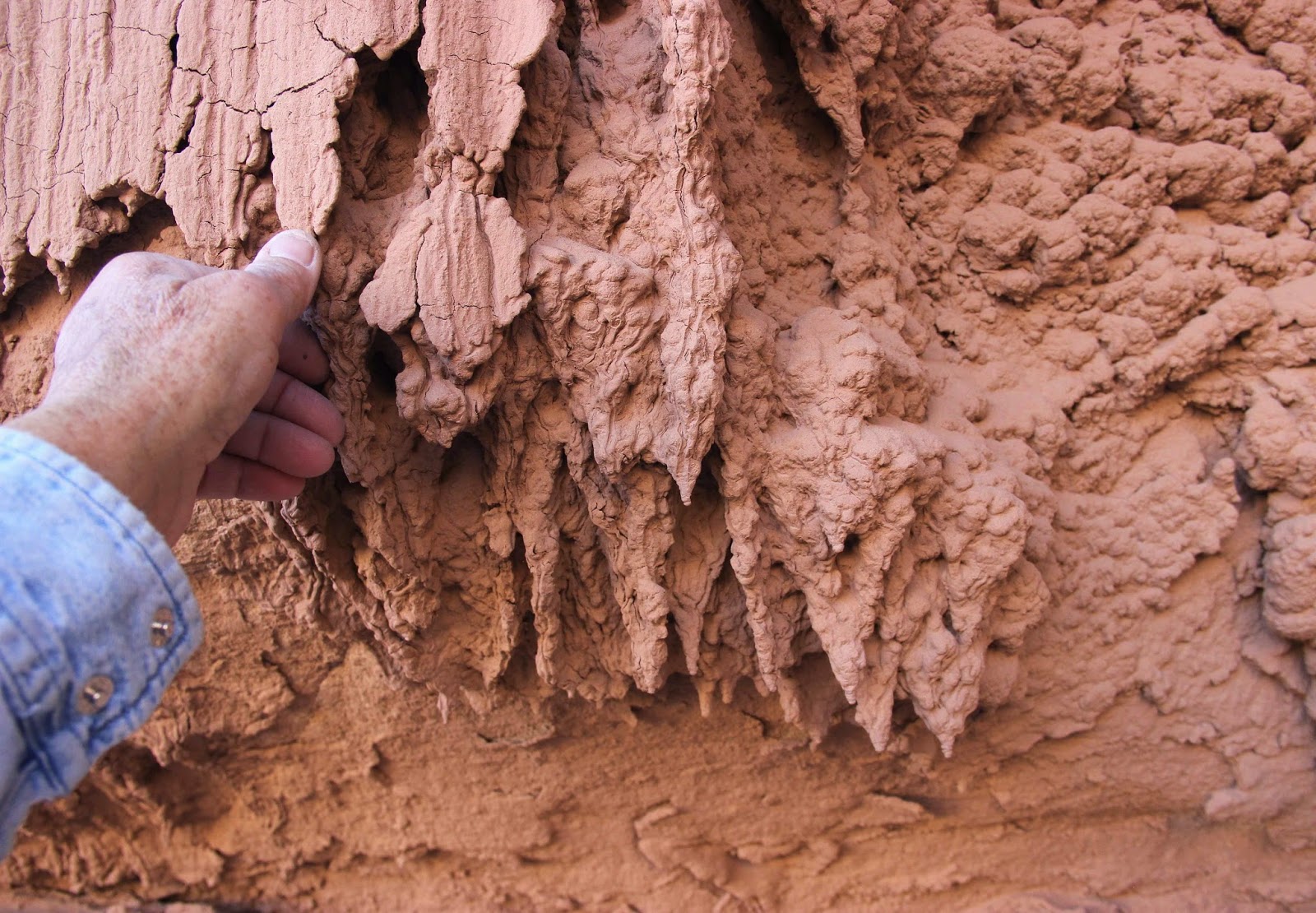 I found these beautiful and mysterious sculptures in Goblin Valley State Park in southeast Utah, on the opposite side of the main ridge from the goblins.
I took the Goblin’s Lair Trail around to the east side of the ridge (photo above).  In a large alcove, I found walls of Entrada sandstone covered with what looked like mud that had run down from above. For reasons now forgotten, I took no photos of the entire alcove.  Here’s a Google Earth view instead.  The “mud sculptures” were on north- and northwest-facing walls. 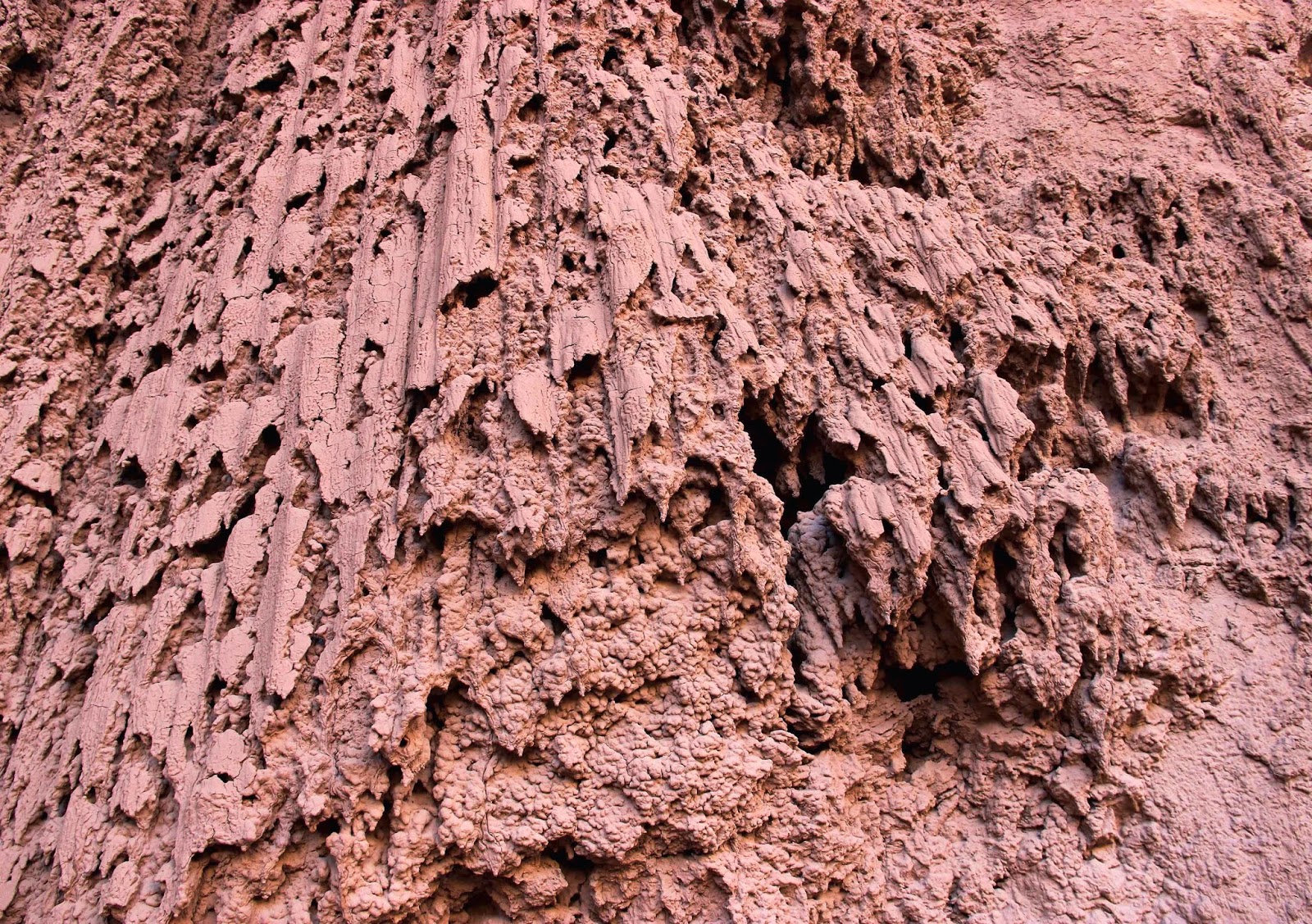 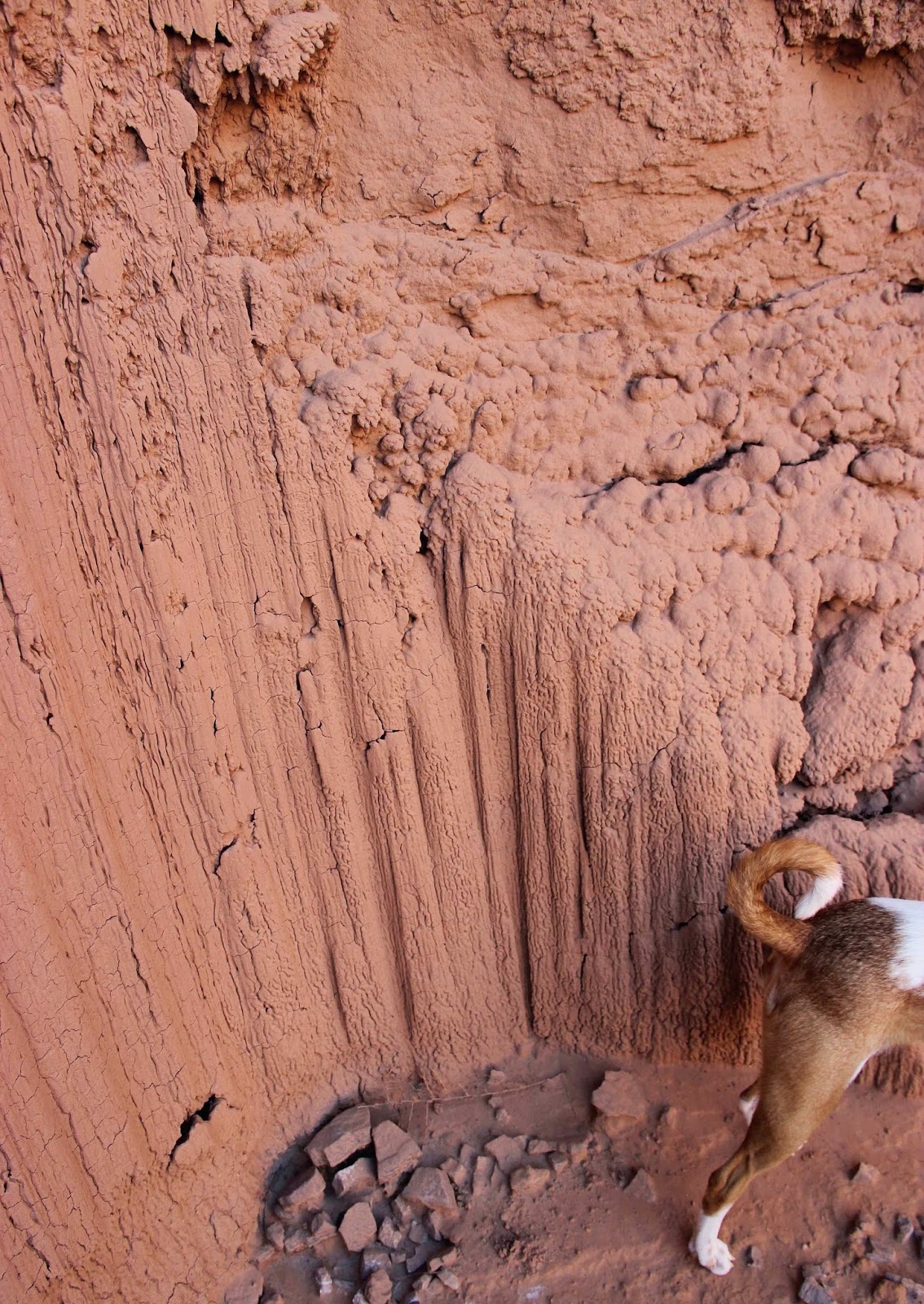 What are they?  Are they depositional, erosional, both?  All attempts at clever googling have failed.  Can you help?  If so, please Comment.  I seek enlightenment.