Wonder of the Week: ice on the river (Jack is back) 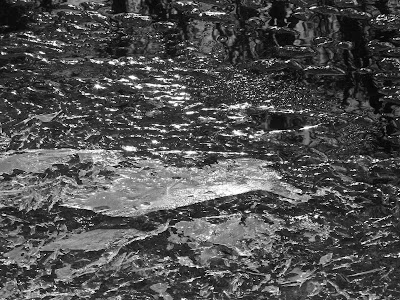 We all complain when winter arrives.  We know it will be long, with short, cold, windy days, bad roads, big heating bills.  But winter brings nice things too, like exquisite ice sculptures left by Jack Frost each night. 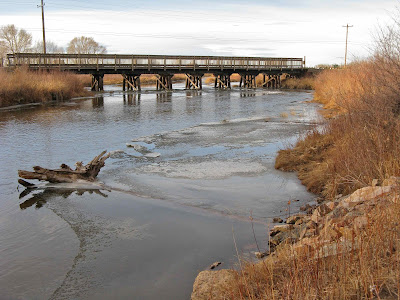 A few days ago the first real ice of the season appeared along the margins of the river, so I took a closer look.  Ice patterns are fascinating, engrossing, and there's always something novel somewhere.  This time I found little white ice rings, clear in the center.  An hour later I returned with my camera ... but of course they were gone. 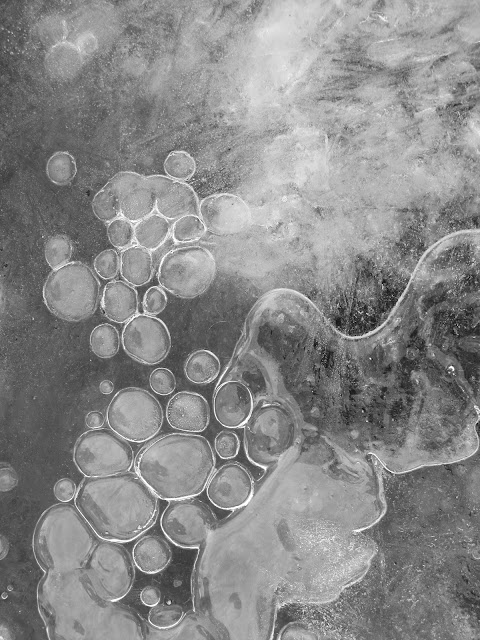 Sort of.  I found these instead.  Maybe the river had come up a little and filled the rings with water.

I kept looking for rings.  No luck, but I found other artwork that was just as intriguing, for example in ice build-up behind a log anchored in the river for fish. 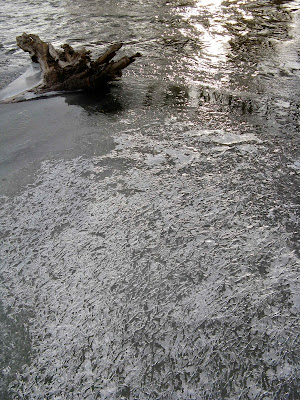 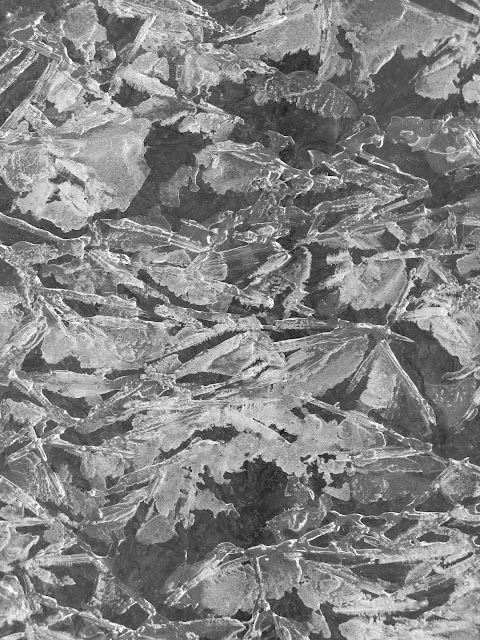 Some ice chunks were nicely arranged on a rock, by ... ? 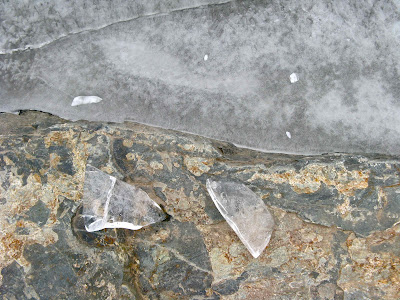 Then I came upon zig-zag ice. 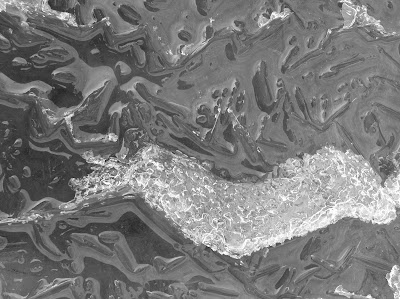 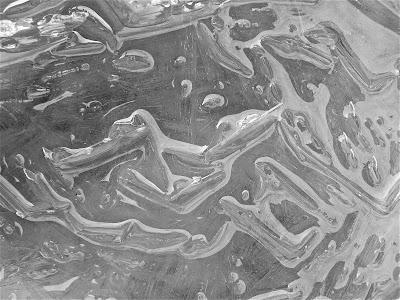 And finally -- an ice ring!, surviving in the shade of the riverbank (ca 1 cm across). 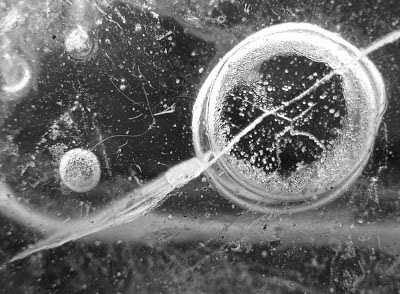 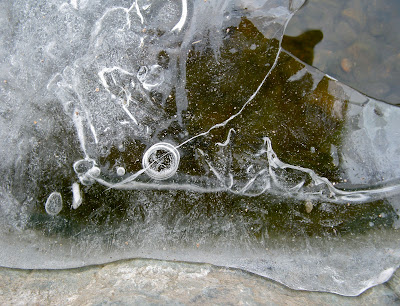 There were some pretty cool moving objects too, like the shimmering watery blob below, slowly making its way through the ice.  All in all, it was a minor but very enjoyable exhibition, a nice way to start this year's winter art series.