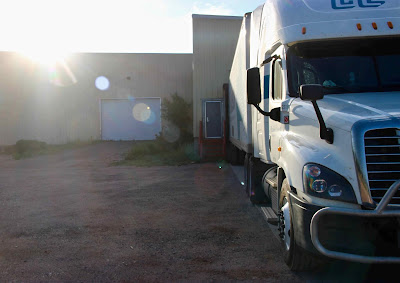 Not far from my house, halfway down a dirt road to the Laramie River, a boxelder grows in a nook formed by warehouse walls. This is the tree I'm following this year. I visit it early each month and report on what I find at the monthly virtual gathering of tree-followers, kindly hosted by The Squirrelbasket.

Since my visit in June, there's been a lot of plant growth in general. On disturbed soil and old railroad ties along the dirt road, pioneering plants were glowing in the morning sun. It’s impressive where they can grow and flourish! We should appreciate their ability to provide ecosystem services where nothing else can, but too often they’re considered “just weeds.”
Several native prairie grasses have become established here too, probably from the small prairie near the river.
Next we crossed the dirt parking lot (empty, as it was a weekend) to visit the boxelder in its protected nook. It’s thriving, and looks so different from the spindly little tree of winter! I suspect rain runs off the roof, and that this spot is more hospitable than it appears.
These days the boxelder is all about leaves. Their tiny green factories (chloroplasts) are furiously gathering sunlight and cranking out energy for growth and storage. 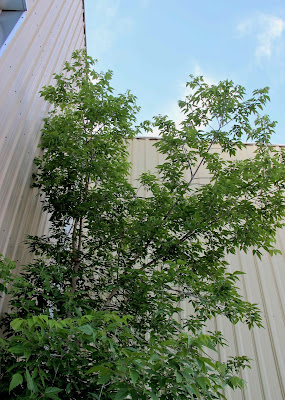 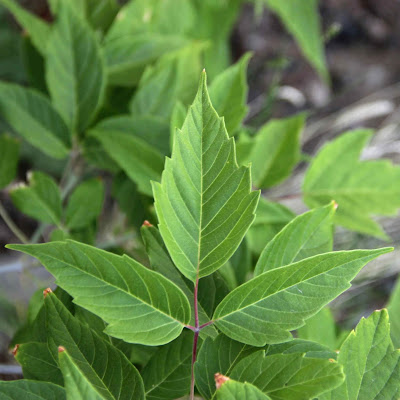 The boxelder’s neighbors are thriving too. Along the base of the warehouse wall, “weeds” have been growing fast, determined to reproduce before the season ends.

After visiting the boxelder, I checked on the new road under construction. I’ve been following it too, after getting hooked by the amazing Gomaco 6300, which extruded curb-and-gutter like a pastry bag extrudes cake decorations. There's been a lot of progress, most recently signal lights, stripes and road signs. Best of all, in the evenings after the work crew has left, and on weekends, we can walk across the new bridge! 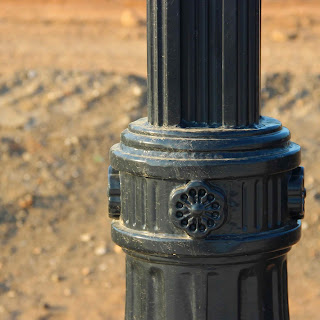 The road is scheduled to open by the end of July. Then the pleasure of a quiet stroll high above the railroad tracks will come to an end. But I’m not complaining. There's a sidewalk and a bike path too, and it will be a blessing to finally have a safe route across the tracks to the east side of town. 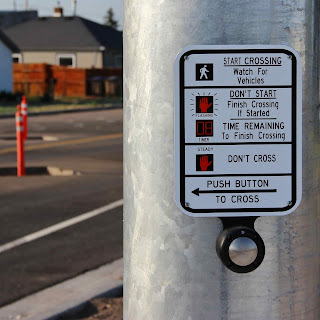 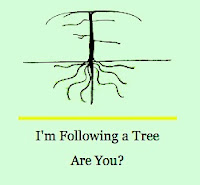 Join us … all are welcome!