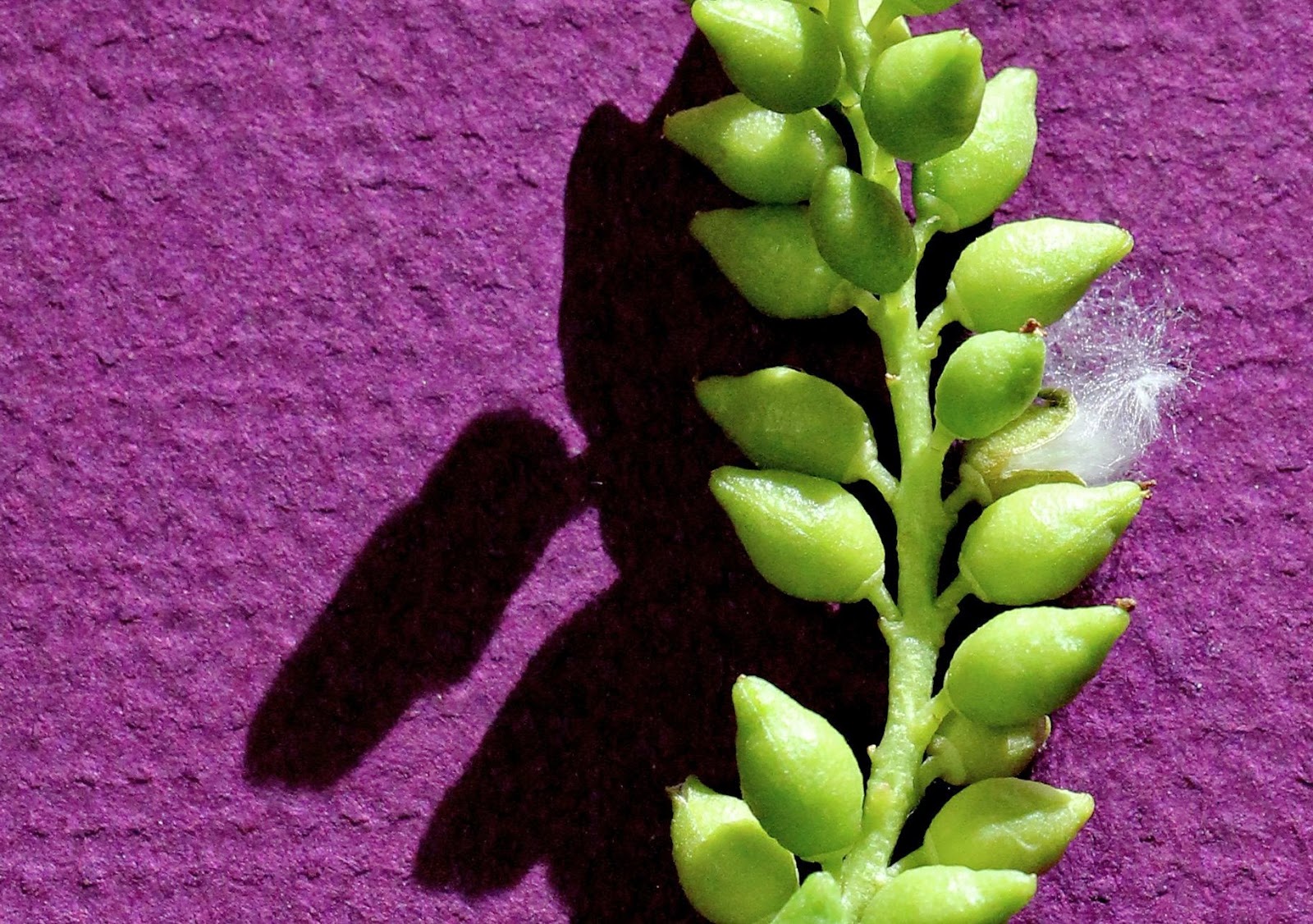 This is my monthly tree-following report.  June was all about cotton, specifically the cotton attached to seeds of cottonwoods -- or “cotton trees” as they used to be called, back in the old days. 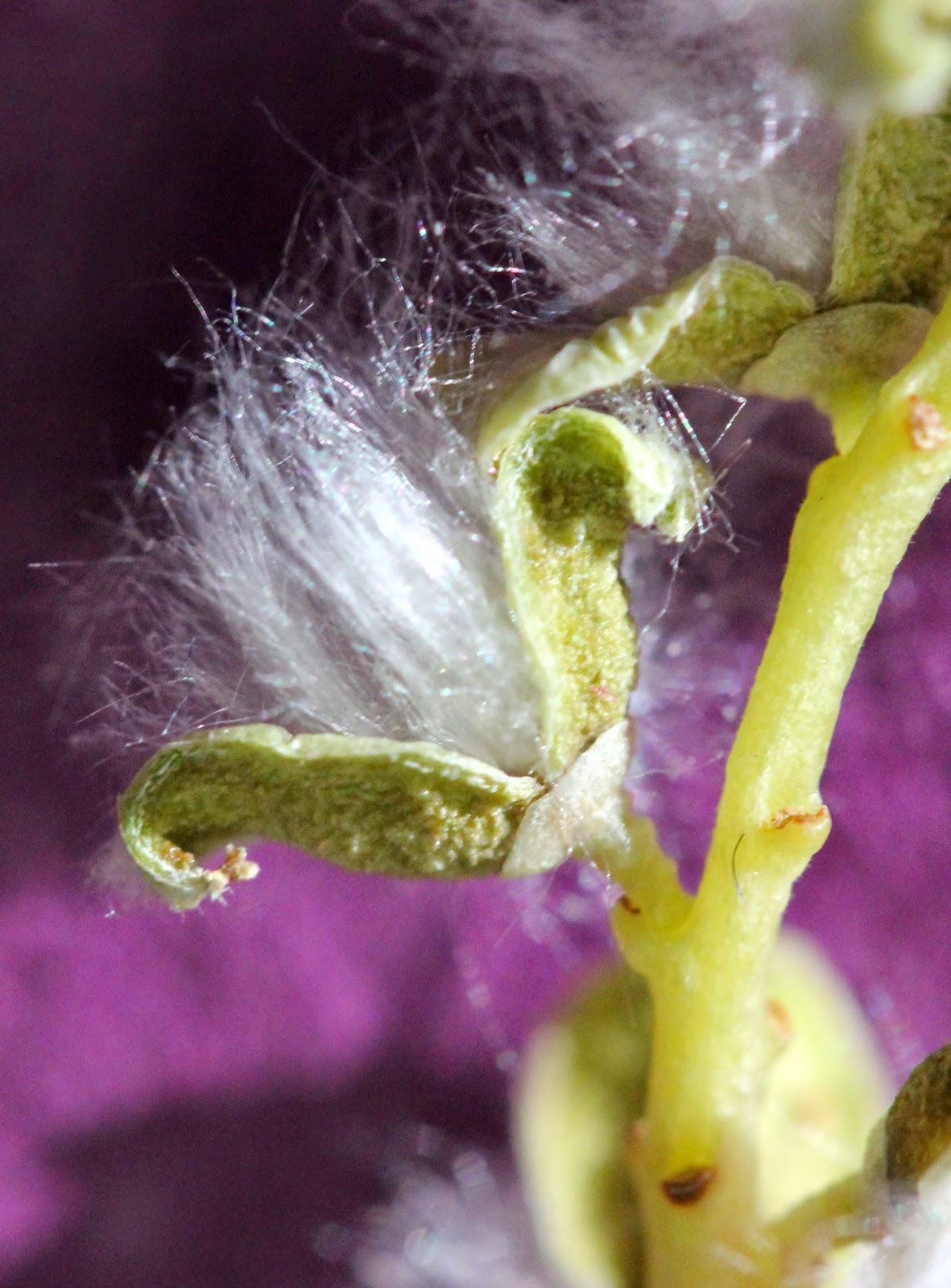 Cottonwood cotton is a collection of fine hairs that help seeds fly with the wind and float down the river.  This is good for seed dispersal but can cause problems for humans.  At peak season female trees produce masses of fluff, which Russians call “pukh”.  Pukh reaches hazardous proportions in Moscow every summer; some blame Krushchev, others Lenin (read more here and here).  In any case, landscapers now know better than to plant female trees in town.

By June 22, many of the lanceleaf cottonwoods along the Laramie River were releasing seeds, but not mine.  I wasn’t surprised.  After all, she was a late bloomer back in May.
You may remember from my mid-May report that the flooded river submerged benches and left my tree stranded on an island.  The water started dropping in mid-June.  Soon my tree was accessible, but with all the mud and debris and decaying matter, the area was a bit stinky.  And mosquitos were out in force.  June visits were short.
I took female catkins of various ages back to the house for portraits. 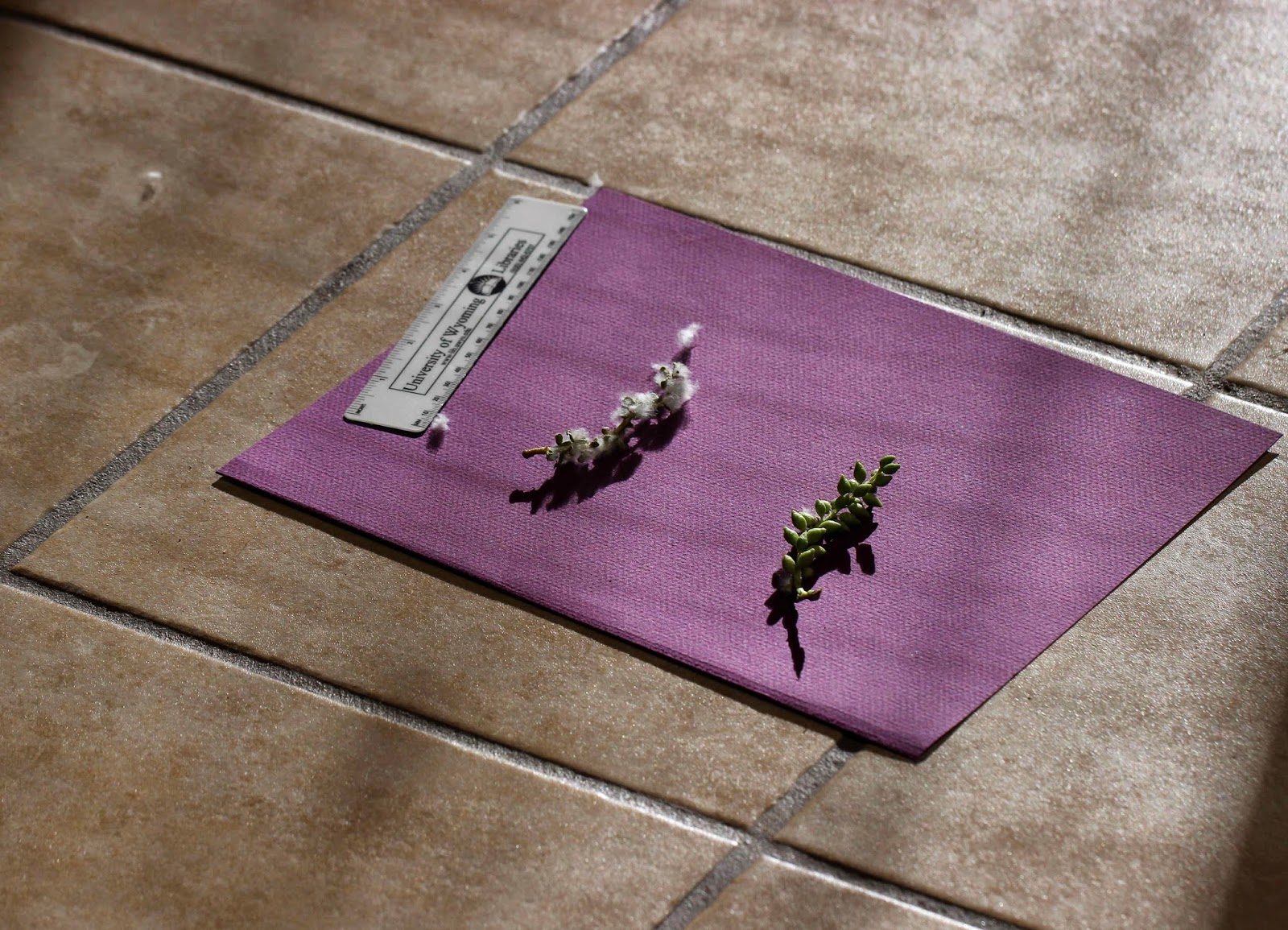 Cottonwood cotton is often blamed for hay fever, but it's not allergenic.  It may snag and carry along whatever pollen is floating in the air however.

On June 29, I walked to the river early in the morning, while the mosquitos were still asleep.  I found the path littered with female catkins.  There were patches of pukh scattered about, though nothing like the fluff that plagues Moscow. 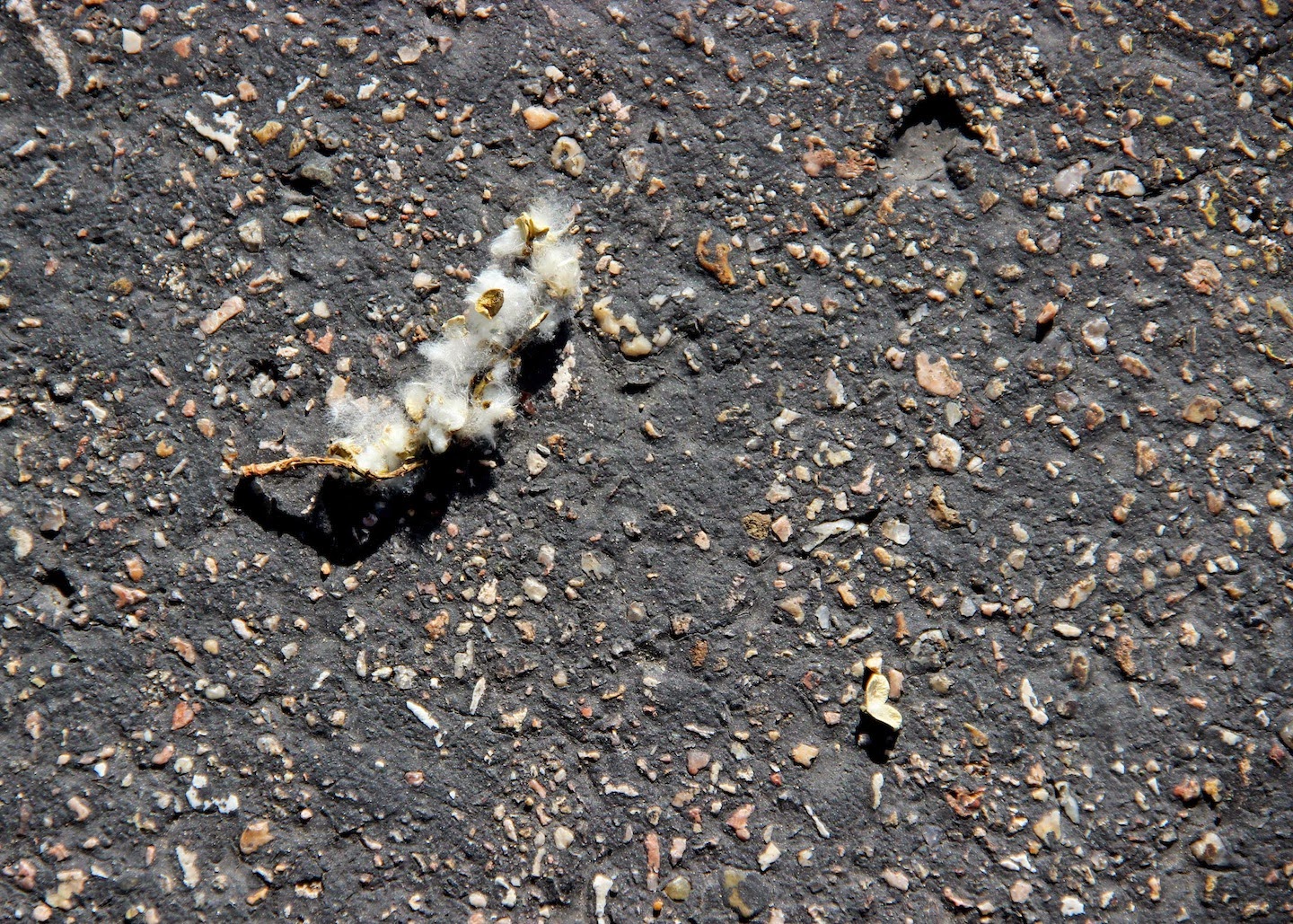 I crossed the footbridge and visited my tree -- she was casting seeds to the wind. 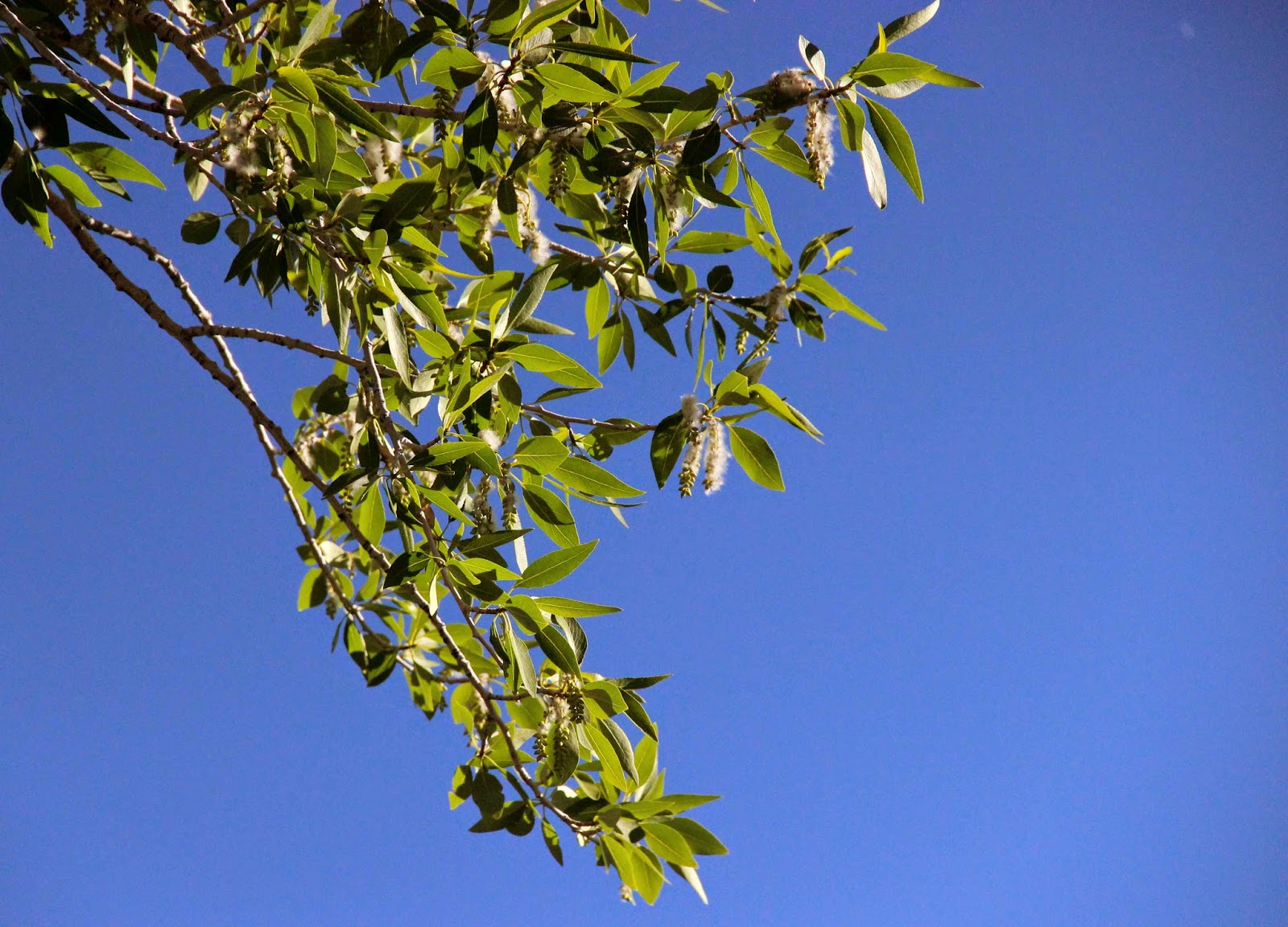 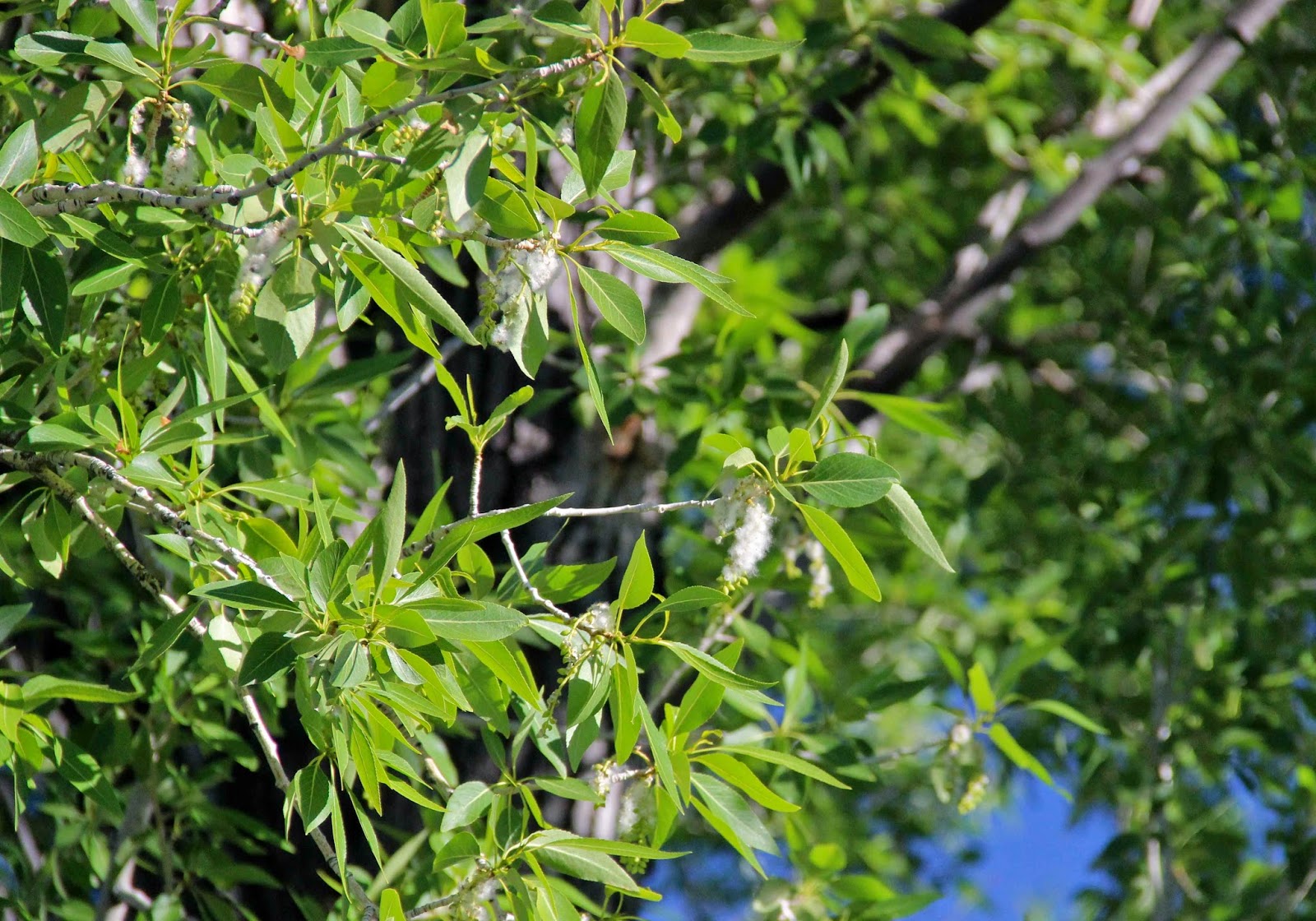 I watched them fly off, covered in cotton and filled with a plant’s form of hope. 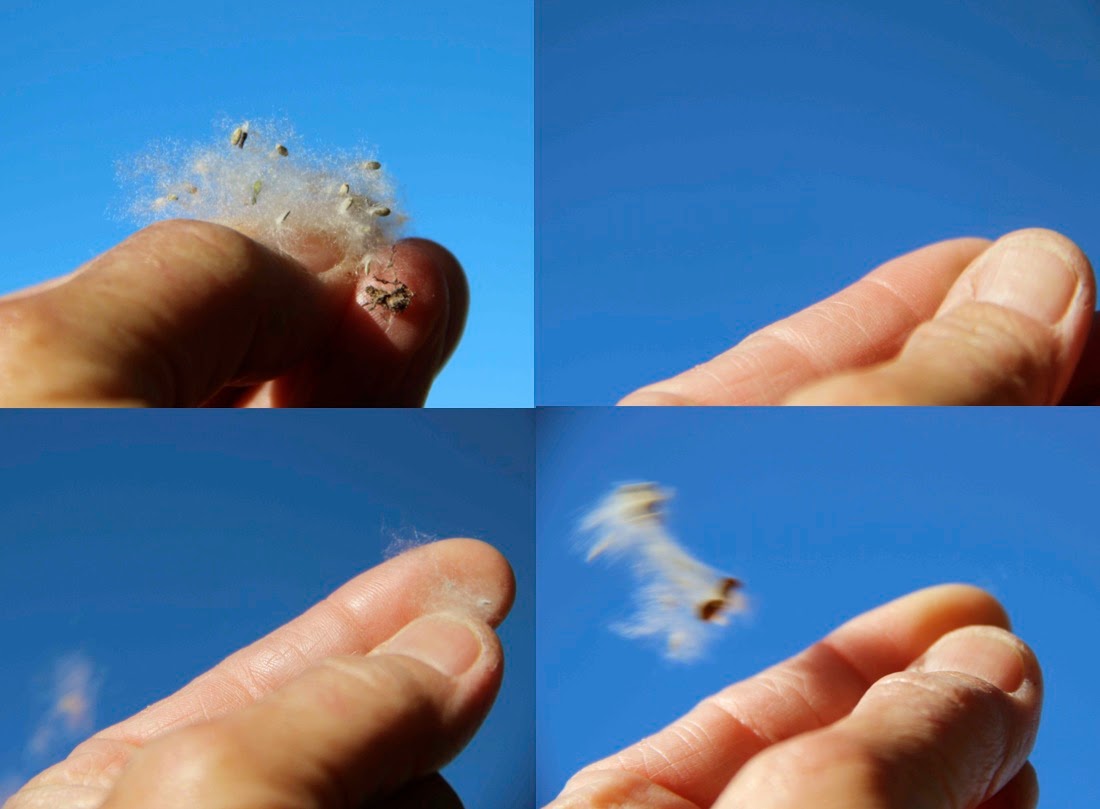 I took many many many photos before I finally caught some seeds flying away.  Then I discovered that making a movie of them was a whole lot easier!